Indian Cricket is the most loved and watched sport by three-fourth of India’s population. It is more like a religion to people rather than a sport. In India, Cricket was formerly bought by the British people in the early 1700s. To Indian people, cricket was always an obsession and will always be. Some of the famous cricketers who are considered Gods by the Indian masses are Kapil Dev, Sunil Gavaskar, M .S . Dhoni and Sachin Tendulkar. The present Indian Cricket team has many talented and promising cricketers. One of them is Virat Kohli, a sensational personality and a role model to the youth of our country.

Virat Kohli and his cars comprises of a huge collection ranging from Audis to Range Rover and a lot more. Because he is the brand ambassador of Audi in India, you will largely see Audis in his car collection. Let’s discover all Virat Kohli car collection with price and know more about its worth.

The Audi Q8 was released in January 2020 in India. Virat Kohli was present at the unveiling ceremony, and it goes without saying that he is the first Indian owner of an Audi Q8! He bought this top-of-the-line SUV for himself because it didn’t fail to amaze him! The Audi Q8 has a starting price of Rs. 1.33 crore and a wide range of customization choices. Kohli’s automobile has also been customized, but the specifics are unknown. This SUV is powered by a 3.0-liter V6 engine that produces 591 horsepower! Virat had owned an Audi R8 from a previous version. The German automaker has changed his model to a more modern version. The R8 LMX is what it’s called. There are only 99 of these cars in the world, and they have laser high beam lights. In addition, a 7-speed DCT distributes power to all four wheels, and this beast is priced at about 2.7Cr!

To be honest, this automobile is a true beast! From 2003 until 2013, the Italian carmaker produced this model. In 2014, the Gallardo was replaced on the worldwide market by the Huracan. Virat Kohli, on the other hand, has a Gallardo in his garage that he enjoys riding on a regular basis, he adores his beast! It has a top speed of 315 km/h and a price tag of Rs. 3.06 crore . Another Audi. In India, the RS5 is available as a CBU. When the first one came, the maker gave this one to the Indian skipper! The RS5 is priced at roughly Rs.1.1 crore. This is a four-seater luxury vehicle with a 2894cc engine. This one puts out 444 horsepower and 650 Nm of torque! 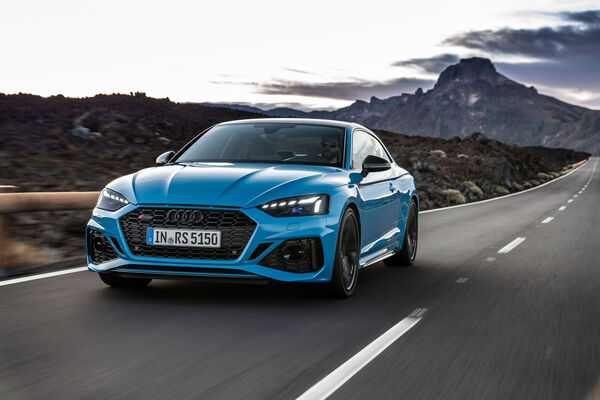 Yes, you’re correct. Audi also gave him this one. Audi brand is more likely in Viral Kohli car collection Virat Kohli did, however, possess a Q7 while he wasn’t representing the brand in India. Audi replaced his vehicle with a new one!

This one, from Virat Kohli car collection, is a full package that combines luxury with the performance capabilities of an SUV! This one ranges in price from 73 to 85 lakhs!

This is the last  Audi of the Virat Kohli car collection on our list. This garage seems to go on forever! It’s quite difficult to fit everything into a single unit! The Audi A8 W12 is a top-of-the-line luxury car with features that make its owner feel like royalty! Individual climate settings, one-touch windows, and many other features are available. This one will set you back roughly Rs. 1.99 crore! Another .

Virat Kohli’s Range Rover Vogue SE is another valued property. He and his wife Anushka Sharma have been sighted in this SUV several times. He has the top-of-the-line diesel model, which has a 4.4-liter SDV8 engine. The engine has a power output of 335 BHP and a torque output of 740 Nm. It has a 8-speed automatic transmission and accelerates from 0 to 100 00 kilometer’s per hour in under 6.9 seconds. The Range Rover Vogue is priced at approximately Rs 2.27 crore. Virat Kohli owns a Bentley Flying Spur and is quite proud of it. The vehicle, which features Matrix headlights and a 6.0-liter W12 engine, is estimated to be worth Rs 3.97 crore. Virat Kohli bought a Bentley Continental GT in 2018. Virat was identified as the second-owner on this car, which was purchased in the name of the skipper’s brother Vikas. This white-colored luxury on wheels is estimated to cost around 3.8 crore rupees. This one is another top luxuary model from Viral Kohli car collections. Kohli has a tonne of Audi vehicles in his garage in addition to a Toyota Fortuner from the most recent generation. Virat Kohli received a Fortuner as a gift from Toyota Kirloskar India as part of an endorsement agreement he had with the well-known Japanese automaker.

Virat Kohli’s Duster is likely his most affordable vehicle model. He received the top-end Duster for his outstanding performance in a 2012 ODI series against Sri Lanka. He was named “Man of the Series” and given a Duster that was completely loaded.

There are more cars that he own but we have only covered some expensive luxurious range of cars above from Virat Kohli Cars Collection.

Net Worth of Virat Kohli

Virat Kohli’s estimated net worth in Indian rupees as of 2022 is 950 Crore. Puma has a 110 crore Indian rupee endorsement contract with Virat Kohli. Audi R8 V10 Plus, Audi R8 LMX Edition, Audi Q7, Range Rover, Audi RS5, and Bentley Continental GT are just a few of the pricey vehicles owned by Virat Kohli. He is one of the wealthiest cricketers in the world, and cricket is his primary source of income. His wealth is further increased by the numerous lucrative brand endorsements he has.

The most recent Indian cricketer to acquire his flying machine is the former captain of India. When the Indian cricket team visited Australia and New Zealand in 2019, Kohli, the second-richest player still in the game, and his wife Anushka Sharma were sighted next to a private plane. The estimated price of Virat Kohli’s aircraft, a Cessna 680 Citation Sovereign, is INR 125 crores.

Virat Kohli lives a lavish lifestyle. We have covered not only the cars of  Virat Kohli with price and features but also many more expensive assets owned by him. As a crazy fan of Kohli, you must be fascinated by now, knowing about his life. I would say in order to achieve the same and maybe meet him, just concentrate on your goals and get the life you wish to have!!

Hope you liked the blog about Virat Kohli cars collection with price and complete specification details.

Ques 1. Does Virat Kohli own a Bentley?
Ans. Yes, he owns Bentley

Ques 2. How many total cars does Virat Kohli have?
Ans. Honestly, he has a numerous range of cars so it’s difficult to tell the exact number. He owns various models of Audis, Bentley, Fortuner etc.

Ques 3. Is Kohli vegetarian?
Ans.  Yes, he is vegetarian.