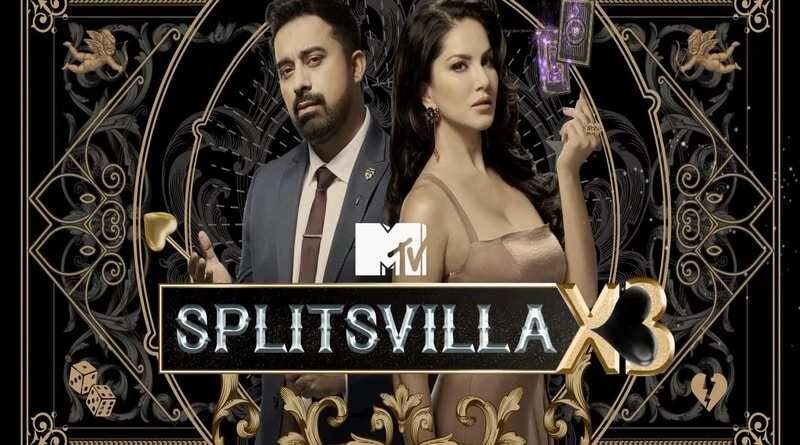 Splitsvilla is a very popular show broadcasted on MTV where young boys and girls try to find the perfect match for themselves while performing challenging chores and brainstorming quizzes. It is a dating reality show on Indian television and hosted by Nikhil Chinapa in the very beginning but now hosted by Rannvijay Singha and Sunny Leone. Splitsvilla has a total of 13 seasons and people usually want to know the Splitsvilla winners list. It was initially released on 20th June 2008.

The reality show mostly shows young lads and ladies in a competition against each other, in reaching the Splitsvilla, where they know absolutely nothing about the outside world. They interact with other fellow participants and treat the game as a quest for love. They also come across life qualities such as friendship, hate, war, break up, and a lot when the participants compete against each other. It is a fiery competition indeed. Every season add something new to the Splitsvilla series.

Vishal worked in many famous Tv shows and was a popular model and actor by profession. He worked in the TV serial Dwarkadheesh Bhagwan Shri Krishna, Rishton Se Badi Pratha, and Rangrasiya. Shraddha Haribhai is now happily married and tied a note to the love of her life.

Siddharth Bhardwaj is a VJ, model, and actor. He also came to the famous reality show Big boss in 2011 and became the 2nd runner that time. Sakshi Pradhan is an Indian TV actress, model, and travel host. She is also known for playing the character of Rani in Poison, a web series by ZEE5.

Parag Chadha is a famous Indian Model. His TV debut was from Jamai Raja. As Krish, and it was a very famous serial. He is a casting director and actor. Riya Bamniyal is a famous model and actress who also appeared in some Hindi and Tamil films. She started her career in Bollywood in 2009 with her first Tamil film.

Paras Chhabra is an Indian model and actor known for participating in Bigg Boss 13. Akansha Popli has performed at top-of-line events in many countries. She had also done a movie promotion of Chennai Express.

After his appearance in Splitsvilla, he became very famous and got a chance to start his career in Bollywood. He made his debut in Bollywood with a supporting role in Raj Kumar Gupta’s biographical crime-thriller, starring Rani Mukherjee and Vidya Balan. Mandakranta Debbarma better known as Mandy Debbarma is an Indian Model and Costume designer from North-East India.

Prince Narula is a very popular face of the television industry. He is known for his amazing role as Lucky in &TV’s Badho Bahu. After that, In the year 2015, he participated as a contestant in the reality show Bigg Boss 9 and wins the heart of his audience. Anuki Tchokhonelidze came to India to be a model and that is exactly what she is doing post-winning Splitsvilla Season 8. Already a star because of Roadies and Splitsvilla, Kavya is now a full-time model and DJ.

Gurmeet Singh Rehal is a famous actor and model by profession. Gurmeet acted in an episode in a serial named Pyaar Tune Kya Kiya. This reality show explores a different love story in every episode. Gurmeet also participated in Mr. Punjab 2014. Gurmeet is a youth star and has an attractive and well-built physique. He is a popular face among the youth. Kavya khurana is a successful actress and model.MTV India reality star who first became known as a cast member on the 13th season of MTV Roadies.

Baseer Ali is a model of Indian origin and television celebrity known for participating in Roadies Rising and Ace Of Space. Naina Singh is a successful Indian model and television actress. She is popular as she has played the character of Rhea in Kumkum Bhagya. In 2020 she further participated in the reality show Bigg Boss 14.

Gaurav Alugh is also a model and TV actor by profession. He becoming more popular with the popular reality show “Roadies X4.” Shruti Sinha is an Indian dancer, choreographer, model, and actress. She came into the spotlight with her participation in the youth-based reality show “MTV Roadies Xtreme.”

Splitsvilla 13 was initiated on 6 March 2021 and hosted by Sunny Leone and Rannvijay Singh, the same two sizzling hosts we love to watch and who add so much to our daily dose of entertainment. Initially, the season consisted of  9 boys and 12 girls who came to enjoy the quest of love, while 4 contestants entered the quest from Wild Villa. The theme of the season is based on the Greek concept, Cupid’s Gold and Silver arrow.

A secret villa called Wild Villa was also introduced exclusively for the Voot Select app. It is Hosted by Nikhil Chinapa consisting of 6 hot adults, 3 boys and 3 girls who compete against each other to add their name to the Splitsilla all season winners list.After the 1st Finale, Sapna Malik and Devashish Chandiramani entered Splitsvilla. Later the eliminated contestants from Splitsvilla Entered Wild Villa too.

The synopsis would be, it is an amazing and super interesting game for people who love to watch people interacting with each other on a regular basis, with all those targets and quizzes that the viewer’s excitement remains on peak at all times!! All You Need to Know About Jio Rockers Tamil