You adore seeing movies? Right? Who doesn’t? It is one of the easiest and most pleasant ways to pass the time while still being reasonably priced. When nothing else can make us laugh and make us feel happy, movies can. In addition, watching movies has long been among the best forms of amusement. They are something that will always cheer you up and bring a smile to your face. Movies are something that we all like to watch and are a big part of our lives. So let us have a look upon a trending moving in the box office namely Jugjugg Jeeyo.

We will see a lot of aspects including jugjugg jeeyo review, jugjugg jiyo cast and many such mind-blowing topics!

Raj Mehta is the director of the family comedy-drama Jugjugg Jeeyo (Live long and prosper), which was made by Dharma Productions and Viacom18 Studios. Neetu Kapoor, Anil Kapoor, Varun Dhawan, Kiara Advani, Manish Paul, and Prajakta Koli are among the actors that appear in the movie. The movie was presented in theatres on June 24, 2022.

In India, marriage is considered to be a holy event that is more like a celebration. As a result, divorce frequently sparks discussions and feelings that are difficult for anybody to pin down. With a humorous twist, Raj Mehta attempts to delve deeply into the story of two divorces occurring in the same family. By showing how issues creep into the lives of Kukoo (Varun Dhawan) and Naina (Kiara Advani), childhood sweethearts, he establishes the plot’s foundation. After five years of marriage, they intend to divorce, but the true tension starts when Kukoo learns that his father, Bheem (Anil Kapoor), is also preparing to divorce his wife, Geeta (Neetu Kapoor), as he has fallen in love with Meera (Tisca Chopra).

Critics gave Jugjugg Jeeyo five-star reviews. According to Bollywood Hungama, who gave the movie a score of 4/5, “Jugjugg Jeeyo flawlessly mixes drama, humour, and emotions.” The Times Of India’s Ronek Kotecha gave the movie 3.5 out of 5 stars and stated, “Just like its characters, Jugjugg Jeeyo has its shortcomings, but at the end of the day, it’s all in the family and this is just the kind of good family amusement.” JugJugg Jeeyo received a rating of 3.5 out of 5 stars from India Today critic Tushar Joshi, who stated, “JugJugg Jeeyo’s main strength lies in the fact that it is able to highlight the strength of its complete star cast in the best way possible.

“Jugjugg Jeeyo will make you laugh, weep, and ride the emotional roller coaster with the characters,” commented Zinia Bandyopadhyay of News 18 in her review of the movie, which received 3.5 out of 5 stars. “Jugjugg Jeeyo blends comedy with drama and emotions and is a full-on package that will entertain the audience,” commented Himesh Mankad of Pinkvilla in his review, giving the movie 3.5 out of 5 stars. JugJugg Jeeyo is a David Dhawan comedy, although it wasn’t directed by him, Rediff’s Sukanya Verna noted in her review, giving it a score of 3 out of 5.

Jugjugg Jeeyo songs to stream on-

Overall Jug Jug Jeeyo is an entertaining film to watch. A tale with a central setting in Patiala that, like the city, is bursting with romance and humor as well as color and drama. This tale is all about family and the ideals it upholds, as well as unfulfilled longings and unforeseen reconciliations. This film can be categorized as nice family entertainment. As a result, you may now schedule a viewing of the Raj Mehta-directed Jug Jugg Jeeyo this weekend, which stars Varun Dhawan, Kiara Advani, Anil Kapoor, Neetu Kapoor, Maniesh Paul, and Prajakta Koli. Enjoy your weekend of movies!

Ques 1. When will Jug Jug Jiyo be available?

Ans: The release date of the movie was jugjugg jeeyo is 24th June 2022.

Ans: A family comedy-drama movie called Jug Jugg Jeeyo will be released in 2022 in Hindi. The whole family may watch it.

Ans: That’s exactly how Jug Jug Jeeyo is. A pot-boiler for family entertainment that is both classy and Indian. A typical Indian masala film, but one that will be entertaining in 2022. There is a clear presence of a well-balanced mixture of drama, comedy, emotion, emotional bonds, and crazy things. 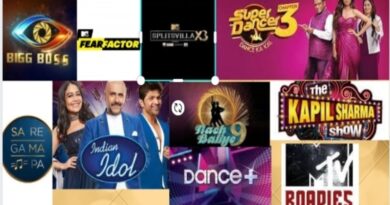