Have you ever had a sweet tooth? Yes, perhaps desserts are simply too delicious to resist. Many people enjoy something sweet after a meal, while others dislike sweet flavors. Today, however, this piece may change the minds of non-sweet lovers. This one is made specifically for halwa fans. Even if you aren’t already one, I’m sure you will be after reading this post. Knowing how to make wonderful halwa recipe may make you want to consume it right away. So, let’s take a look at the history of halwa, its variants, and cultural references. Without wasting time let’s first introduce the recipes of Halwa:

Mouth-watering recipes of halwa to try?

There are numerous halwa recipes available, including various regional halwa recipes. Let’s start with a simple recipe. When it comes to making halwa, we can’t forget about Suji Halwa Recipe, a popular dessert. So, let’s talk about how to cook this amazing dish. Many more halwas, such as Moong dal halwa, will be featured as well.

This halwa dish, also known as Suji ka Sheera, is made by toasting semolina in a fat like ghee or oil, then adding a sweetener like sugar syrup or honey. It’s often served with pooris and dried kala chana during the popular Indian Navratri festival.

Here’s how to prepare Suji halwa:

You’ve probably had moong dal halwa at a celebration like Holi, Diwali, or a wedding. It is also the best experience in the winter. The following is a step-by-step guide for Moong dal halwa recipe-

Here is the process to make Moong Dal Halwa:

Gajar Halwa is a traditional Indian dessert made with carrots, milk, sugar, and ghee. It’s a classic winter treat, especially in North India, and it’s rich and indulgent. Follow these steps to make this mouthwatering halwa-

Here is the Recipe of Gajar Halwa

There are many more halwas like jackfruit halwa, potato halwa etc. that you can make and try them to soothe your sweet tooth.

Halwa: The most tempting dessert?

Halva or Halwa is a popular meal in Asia, Africa, and the Middle East. It’s a sweet meal with a variety of regional variations. Persia is where it all began.

The word ‘halwa’ is derived from the Arabic word ‘hulw,’ which means sweet. The Hindu holiday of Navratri is associated with a meal that originated in Turkey and is now offered as “kada prasad” in Gurdwaras.

History and origin of Halwa?

Persia is the origin of this lovely and delectable food. This word was first used in the seventh century to describe a blend of milk and date palms. In the 9th century, the dish became extremely renowned as an epitome of sweetness and was associated with sweetness. Flour and semolina were the most popular kinds at the time.

Halwa was referenced in numerous publications published throughout the Ottoman Empire in the 13th century, and remnants of it have been discovered. As a result, we can argue that Ottoman Turks disseminated this dish.

Halwa’s main attribute is that it spreads happiness, though the texture, size, and contents vary per culture. So, let me give you a rundown of the numerous types of halwa available in different nations.

1. Greece – Halwa is associated with fasting in Greece, where people choose to consume it on their fast days, which are usually Friday and Wednesday.

2. Azerbaijan – They have given halwa a whole new look by making it more localized. It is served in the style of a pastry with a nut filling and a crimson syrup topping.

Suji ka halwa, Gajar halwa, Banana halwa, Moong halwa, and other varieties of halwa can be found in India.

Halwa is tied with traditional beliefs and culture in India and comes in a variety of flavors, although it is most popular in the south, particularly in Kerala, Tamil Nadu, and Andhra Pradesh.

4. Iran – Butter is added to halwa in Iran to give it a special touch.n essence, it is a confectionary delicacy prepared with wheat flour, butter, and flavors like saffron, rose, and water.

It’s mainly dark brown and dry, and it’s usually served with toppings like nuts and coconut at funerals.

5. Israel  – Halwa, particularly Tahini Halva, is quite popular among the Jewish populations in Israel. It comes in a variety of shapes, textures, and flavors such as vanilla and chocolate. This halwa is unique in that it is created without wheat flour or Suji and instead contains ingredients such as glucose, sugar, vanilla, and root extracts, among other things. One fact that may astound you is that halwa is utilized as an ice cream specialty in Israel.

By now your mouth must be probably watering by just thinking about these delectable meals. We’ve explored a variety of halwa recipes, including Gajaar Halwa recipe and many others. You may now begin making these delightful halwas and eating them anytime you choose. I hope this information was helpful in learning new recipes as well as the history and origins of halwa.

Ques 1. What is the best way to describe halwa?

Ans: Halwa can be described as a sweet Indian dish made with boiled carrots or semolina, almonds, sugar, butter, and cardamom.

Ques 2. Who discovered the halwa?

Ans: According to food historians, the first documented recipe for halwa was written by Muḥammad ibn al-Ḥasan Ibn al-Karīm  in his book Arabic Kitab al-Tabikh (The Book of Dishes) in the 13th century. 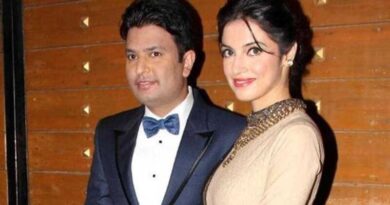