India was and always will be known as ‘Incredible India’. It is one of the world’s oldest civilizations, having a wide range of cultures and a rich cultural legacy. During the last 65 years of its independence, it has made a significant socioeconomic improvement. Chhatrapati Shivaji Maharaj, a prominent Indian Marathi ruler, will be discussed. You must be ecstatic to discover more about this remarkable individual. Let’s have a look at Chhatrapati Shivaji Maharaj and about how he lived his life.

Chhatrapati Shivaji Maharaj built the Maratha Empire in western India. He is recognized as one of history’s greatest warriors, with legends of his deeds still being passed down through the centuries. Shivaji Maharaj carved away an enclave from the collapsing Adil Shahi sultanate of Bijapur with his valor and administrative talents. It was the birthplace of the Maratha Empire in the end. After establishing his dominion, he established a competent and progressive administration with the help of a disciplined military and a well-formed administrative system. He is well-known for his unconventional military tactics, which focused on utilizing strategic variables such as location, speed, and surprise to beat his stronger opponents.

Shivaji Maharaj birth date is February 19, 1630, he was born in the fort of Shivneri, near the city of Junnar in the Pune district, to Shahaji Bhosle and Jijabai. As a general, Shivaji’s father Shahaji worked for the Bijapur Sultanate, a tripartite alliance involving Bijapur, Ahmednagar, and Golconda. He also owned a Jaigirdari near Pune. Jijabai, Shivaji’s mother, was a devout Hindu woman who was the daughter of Sindkhed chieftain Lakhujirao Jadhav. He studied the Ramayana and the Mahabharata as a child and was particularly interested in the Hindu and Sufi Saints’ religious teachings. Shivaji Maharaj mother Jijabai, as well as his administrator Dadoji Kond Deo, raised him. After his father went for Karnataka with his second wife Tukabai, Dadoji taught him horseback riding, archery, patta, and various other fighting methods.

Chhatrapati shivaji was a natural leader from an early age. As an avid outdoorsman, he explored the Sahayadri Mountains surrounding the Shivneri forts and got to know the area like the back of his hand. By the age of 15, he had gathered a band of faithful troops from the Maval area, who later aided him in his early conquests.

By 1645, Shivaji had conquered Inayat Khan’s Torna, FirangojiNarsala’s Chakan, Adil Shahi Governor’s Kondana, and the Bijapur Sultanate’s Singhagarh and Purandar. As a result of his achievements, he became a threat to Mohammed Adil Shah, who imprisoned Shahaji in 1648. Shivaji was released on the condition that Shahaji maintain a low profile and desist from further conquests. Shivaji began his conquests after Shahaji’s death in 1665 by purchasing the Javali valley from Chandrarao More, a Bijapuri jaigirdaar.

The two met in a private meeting on November 10, 1659, to negotiate the terms of the discussions. Shivaji dressed in armor and carried a metal tiger claw with him, expecting it to be a trap. When Afzal Khan attacked Shivaji with a dagger he was protected by his armour.He told his troops to attack the Bijapuri forces without a commander. Shivaji easily defeated the Maratha soldiers at the Battle of Pratapgarh, where the Maratha forces slaughtered roughly 3000 Bijapuri men. Then, in the Battle of Kolhapur, Mohammed Adil Shah ordered a bigger army, led by General Rustam Zaman, to confront Shivaji. In a strategic combat, Shivaji defeated the general, forcing him to flee for his life. On September 22, 1660, Mohammed Adil Shah’s general Siddi Jauhar successfully sieged the fort of Panhala, bringing him victory. Shivaji Maharaj reclaimed the Fort of Panhal.

The Maratha administration was formed during his reign, with Chhatrapati as the supreme king and a team of eight ministers to oversee the effective implementation of various policies. These eight ministers reported directly to Shivaji and were entrusted with a great deal of power in carrying out the King’s wishes. The eight ministers were-
When the king was not present, the Peshwa, or Prime Minister, was in control of the general government and acted as the king’s proxy.

How Shivaji Maharaj died and his Legacy?

Shivaji Maharaj death was at the age of 52 on April 3, 1680. After suffering from dysentery, he died at the Raigad Fort. After his death, a conflict arose between his eldest son Sambhaji and his third wife Soyrabai, who was acting on behalf of her 10-year-old son Rajaram. On June 20, 1680, Sambhaji deposed Rajaram and succeeded to the throne himself. After Shivaji’s death, the Mughal-Maratha wars continued, and the Maratha’s prestige plummeted. Young Madhavrao Peshwa, on the other hand, recovered Maratha’s grandeur and cemented his power over North India.

His greatness is still remembered by people in India-

Shivaji Maharaj is a name you may have heard of. Every detail of his life, whether personal or professional, has been covered. We’ve also taken a look at some of his physical characteristics. This must-have piqued the interest of history buffs. I hope you this article was useful to you.

How to use aloe vera for skin whitening? 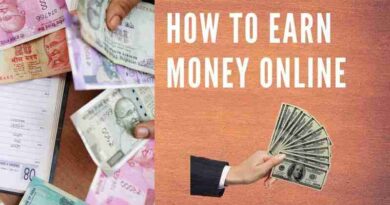 How to Earn Money Online – Different Ways of Earning