It’s always been believed that working a 9-5 job is the easiest and most reliable method to gain money. But no, some people were born to and are coming into this world to generate money on their own by attempting new things, and technology may certainly assist them in this endeavor. The upcoming generation, as well as those who have already grown up, have a dream of becoming an entrepreneur, an investor, or anything else that makes them feel liberated.

Let’s talk about one such individual who is a businessman, a blogger, an investor, and much more. Ben Horowitz is his name. Aren’t you curious about Ben Horowitz’s net worth and how he earns his money? All of the critical, yet interesting, topics will be discussed.

Who is Ben Horowitz?

Ben Horowitz is an American businessman, investor, blogger, and author who was born on June 13, 1966. He is a technology entrepreneur and co-founder of the venture capital firm Andreessen Horowitz alongside Marc Andreessen. He previously co-founded and led the enterprise software startup Opsware, which Hewlett-Packard purchased in 2007. Horowitz is the author of two books: What You Do Is Who You Are: How to Create Your Business Culture and The Hard Thing About Hard Things: Building a Business When There Are No Easy Answers, a book about startups.

Early life and education of Ben?

Horowitz was born Benjamin Abraham Horowitz in London, England, and raised in Berkeley, California, the son of Elissa Krauthamer and David Horowitz, a conservative writer and policy advocate. Horowitz’s great-grandparents were Russian Jewish immigrants who immigrated in the United States in the mid-nineteenth and early twentieth centuries.
Horowitz graduated from Columbia University with a BA in computer science in 1988 and UCLA with an MS in computer science in 1990.

Let’s look upon his professional life-

Ben Horowitz started his work at Silicon Graphics as an engineer in 1990. Horowitz worked as a product manager for Marc Andreessen at Netscape in 1995. Horowitz served as vice president of Netscape’s Directory and Security Product Line from 1997 until 1998. Horowitz became Vice President of AOL’s eCommerce Division after Netscape was acquired by AOL in 1998.

In June 2002, Horowitz began transitioning Loudcloud into Opsware, an enterprise software business. He started with a $63.5 million cash sale of Loudcloud’s main managed services business to Electronic Data Systems. While Loudcloud was publicly traded on NASDAQ, this transaction transferred 100% of the company’s revenue to EDS. Horowitz led Opsware from a single corporate software customer, EDS, to hundreds of customers, over $100 million in annual revenue, and 550 employees. Horowitz sold Opsware to Hewlett-Packard for $1.6 billion in cash in July 2007.

Horowitz was the President and Chief Executive Officer of Loudcloud and Opsware for the length of their existence. Opsware’s stock started out at $6 per share, dropped to $0.35 per share at its lowest point, and ended up at $14.25 per share when it was sold to HP. Horowitz spent a year after the sale of Opsware to Hewlett-Packard as Vice President and General Manager of HP Software, where he was responsible for 3,000 workers and $2.8 billion in yearly revenue.

Horowitz and his wife, Felicia Wiley Horowitz, live in Atherton, California. They’ve been married since 1988 and have a family along with three children together. He has an age of 55 years as of 2022. The following are some of the things you may know about him-

Ben Horowitz’s  net worth is unknown, although it is thought to be in the range of $100-200 million dollars. He was also ranked fourth on Forbes’ Top Tech Investors list.

Ways through which Ben Makes Money-

Here are the main sources of income that have helped him amass a fortune of $3.63 billion!!
•  Earnings as a Speculator
•  As a businessperson, you can earn a lot of money.
•  As a President and CEO
•  Earned Author Entrepreneur

Some inspiring quotes by Ben Horowitz-

“You don’t need every investor to believe that you can succeed. You only need one.”

“In my experience as CEO, I found that the most important decisions tested my courage far more than my intelligence.”

“The key to high-quality communication is trust, and it’s hard to trust somebody that you don’t know.”

Some lessons by Ben Horowitz that one can follow in order to succeed in life are- Learning how to deal with people, having courage, leverage, and making a difference.

You’re probably aware of his profession by now and Ben Horowitz earning 2022 has been discussed too. Hope now you have a good idea about Ben Horowitz net worth and biography. His personal and professional lives have been briefly described. Many more fascinating topics have been discussed. If you aspire to achieve the same goals as Ben Horowitz, he may now serve as an inspiration to you. I hope this essay was of great assistance to you.

Ques 1. How old is Horowitz?

Ques 2. What does Andreessen Horowitz put its money into?

Ans: They invest in early-stage to late-stage technology firms in the consumer, enterprise, bio healthcare, cryptocurrency, and fintech sectors.

Ques 4. Is Ben Horowitz available on any Social Media handles?

Also Check: How to Get Fast Google AdSense Approval? 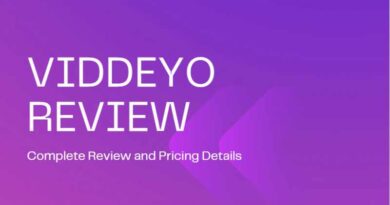